Gold Building Numbers by a signwriter are generally the street address name or number of the building gilded onto its entrance window or entrance doors.

Its slightly unusual to have the 23ct Gold applied to a portico pillar like with this job but there is no reason why it shouldn’t be more common place. This job was just matching with extisting numbers within the surrounding properties. However some were previously produced quite poorly, Whether due to a cheaper signwriter or someone just claiming to be a signwriter is unknown. 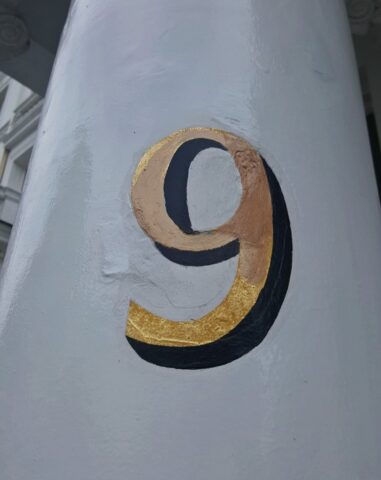 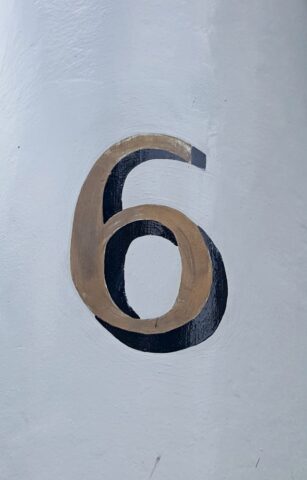 Both of these weren’t up to scratch to be honest. One had clearly been painted by an average signwriter, as some of the number form & strokes are there, if a little wayward. It may be that the gold leaf had all come away over time, but it looks more likely a poor ‘gold’ colour of paint was used. The othe number has at some point had 23ct Gold applied but poor renovations to the pillar & number look to have been the problems that number has. 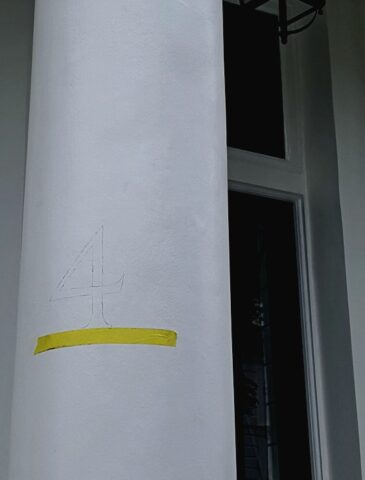 The writing of gold building numbers is all about neatness & skill in producing the serif lettering but its also about, where is the best placement for the wording, what size to produce it at & most importanly to use 23ct Gold & not any form of immitation paint.

A Too high or too low, undersized or oversized number on a wall or pillar will notice, so this is all part of a signwriters knowledge & expertise. Sometimes its best to have matching with the surrounding properties, But if all are bad, like in the street in this scenario, sometimes its best to set a new example. This is often the best way as like with this job many of the residents enquired as to who I was & if I could produce matching versions for their properties. Unfortunately its often the case that these properties are renovated by building contractors & they work to budgets & slices of commission from your work, rather than the work coming direct from the resisidents & owners. 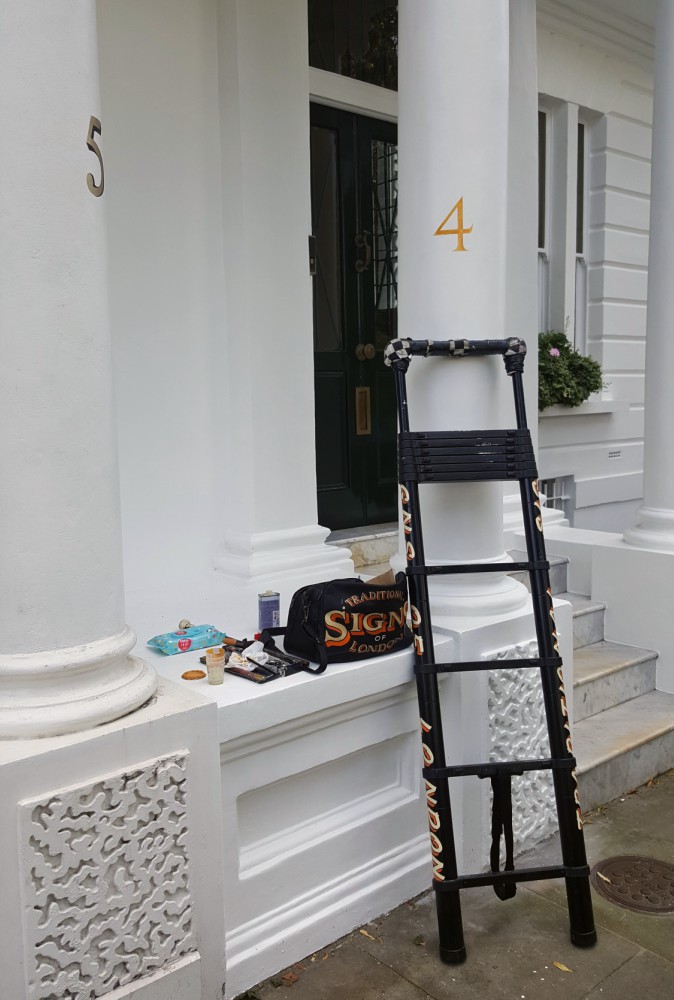 The first stage is measuring the correct height & position of the number, before drawing it onto the pillar with a marking out pencil, which is easily wiped off. Then with a specialist brush the number is built up using carful neat strokes of the brush applying a seady consistant covering of a ‘size’ & paint mix. The size is the special adhesive for the 23ct gold to apply to & the paint is to form an anudercoat of colour for the gold but also as ‘size’ is clear, it also makes it visable to paint it on. 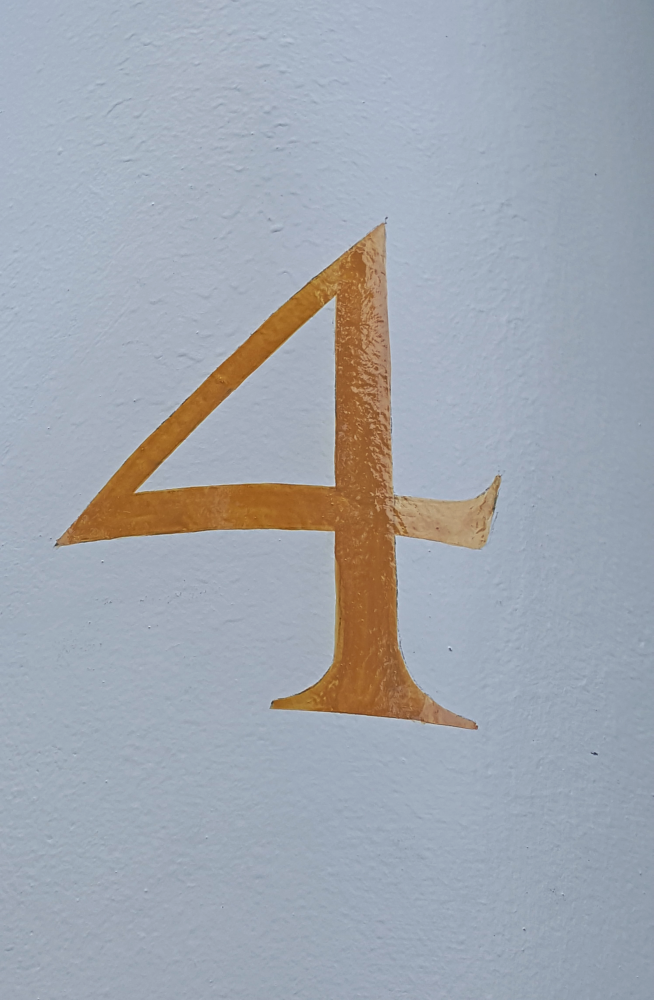 Then the 23ct gold is applied. It comes in pressed sheets known as leaves. This is a gentle application from each sheet of gold’s backing paper onto the surface of the number. The gold is then carfully pressed to make stick to the tacky ‘size’. 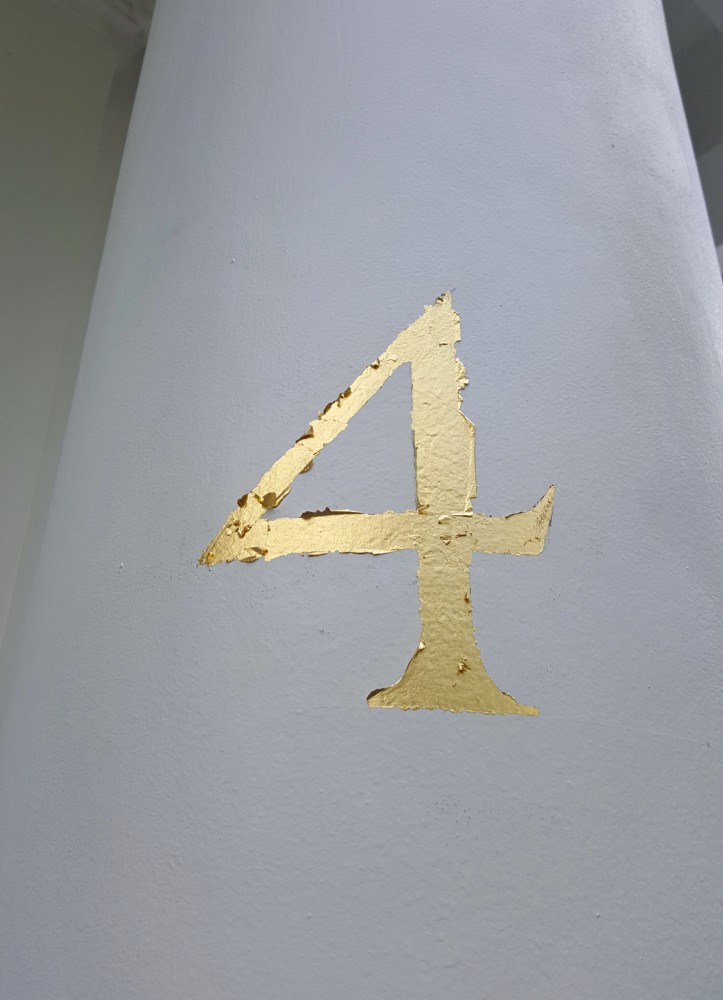 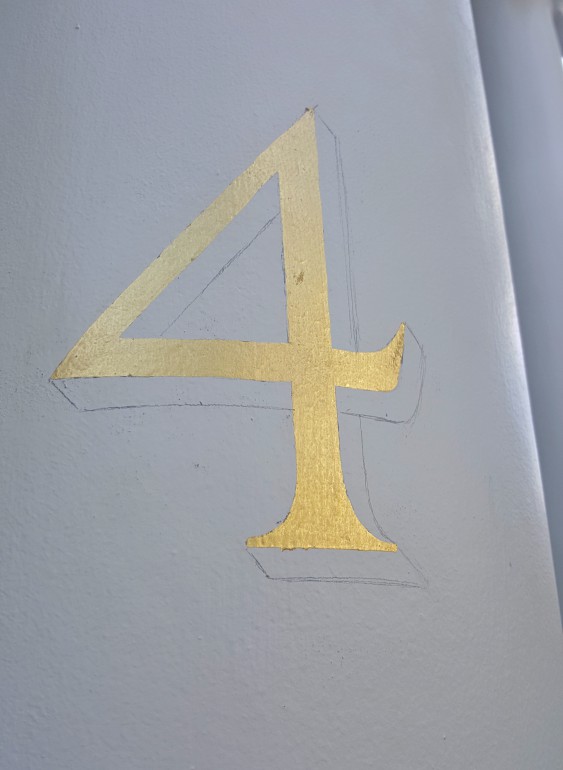 The gold once hardened to the ‘size’ is ‘burnished’ with a specialist soft brush. this takes off any excess gold not stuck to the painted bumber but tore from the sheet during application. The gold just flys away & turns to dust as its so fine. This leaves a nice crisp edged number to apply the drop shadow too. In this instance a black cast shadow using oil based but matted paint. 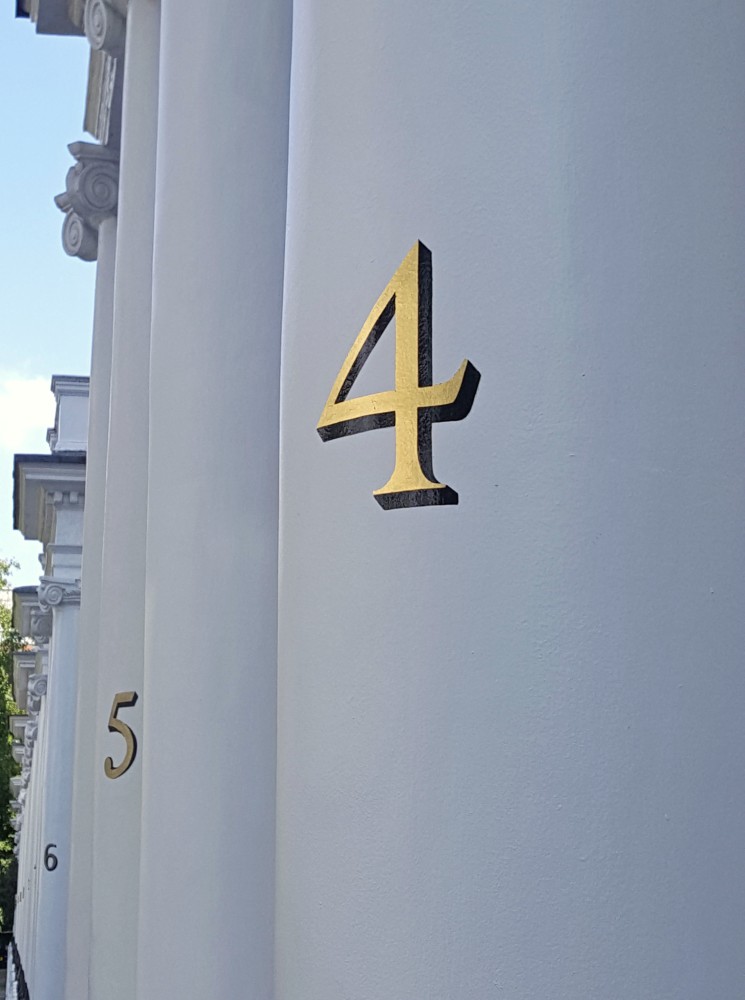 The process was produced on both pillars of the portico & had to far away from the entrance, as per the surrounding properties. The difference in using real gold compared to the sub standard painted ‘gold’ numbers just shows for itself. The street has at least 1 property that has numbers which finish off its high end status within its location & its grandure. 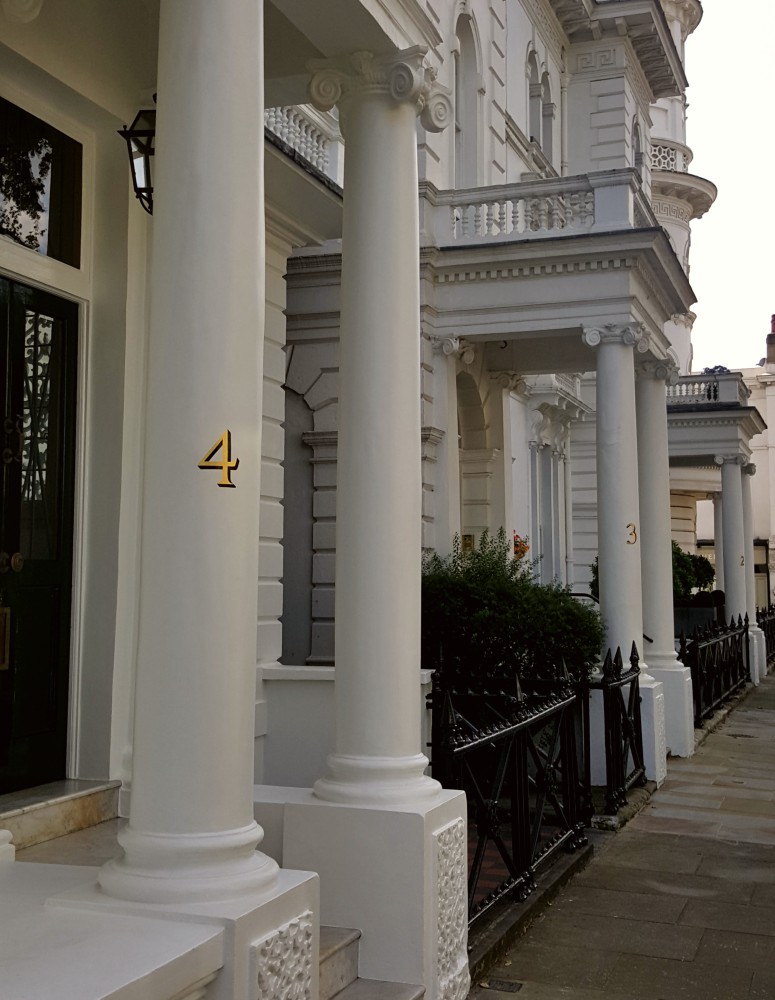 The signwriting of gold building numbers is so London.

It just fits in with the historic surroundings & looks so classic, ornate & high end.